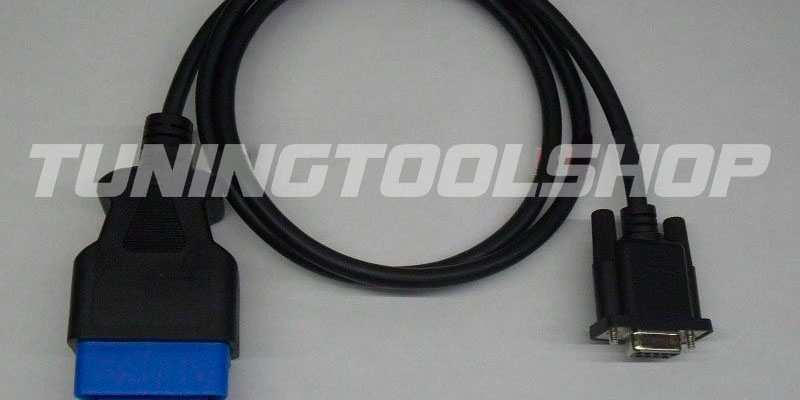 This is a new OBD2 cable for I/O terminal tool. When working with PSA BSI Plugin we recommend to use this specific cable.

This OBD2 cable is with a high-quality connector prepared for heavy duty and special RS232 connection. For PSA BSI units CAN bus and K-line allocations are required, and this OBD2 cable features it.

Important!
This cable works only with I/O Terminal tool. It won’t work with any other tools.

It formally defines signals connecting between a DTE (data terminal equipment) such as a computer terminal, and a DCE (data circuit-terminating equipment or data communication equipment), such as a modem. The standard defines the electrical characteristics and timing of signals, the meaning of signals, and the physical size and pinout of connectors.

A Controller Area Network (CAN bus) is a robust vehicle bus standard designed to allow microcontrollers and devices to communicate with each other in applications without a host computer. It is a message-based protocol, designed originally for multiplex electrical wiring within automobiles to save on copper, but is also used in many other contexts… read more

3 Reasons To Choose Our Shop

12 Years Of Experience In The Tuning Industry

We Know What Works And What Not

COVID 19 NOTICE: Please be aware there maybe logistical delays with orders during this period
+